GRAB MY FREE GUIDE: First Steps to Leaving the Law

Quitting law. It’s the ultimate goal for a lot of unhappy lawyers.

If you’re reading this, I’m guessing you’re thinking about it, as well.

One of the most frustrating things about leaving law is that knowing you want out is the easy part.

Figuring out what actually comes next—that’s a lot harder.

Where do you start?

Quitting Law: Making A Plan and Getting Out

This is one of the things I talked about with Annie Little on TFLP 053.

About 7 years into practicing commercial lending and real estate law, Annie realized that she wanted out.

She had no idea what was next.

Quitting law requires more than just knowing you want out.

A few years in to practice, Annie found herself getting a little bored with her practice area (commercial lending).

She was headhunted away to a practice real estate law, working for a partner who was known to be . . . challenging.

(I trust that I don’t need to elaborate. We’ve all encountered our fair share of “challenging” partners.)

Eventually, she knew it was time to get out.

Wanting to quit is not the same as knowing what you want to do next.

There was just one catch: Annie had no idea what she wanted to do next.

As she observes, there’s a big difference between running away from something, and moving towards something.

So, Annie started trying to figure out what was next.

She ended up joining a year-long mastermind run by a friend.

And the most important work she did was to really figure out what she truly valued.

Figuring out what you truly value is the key to quitting law with a plan.

In the first half of our conversation, Annie shares that she became a lawyer because she was looking for freedom and escape from a bad home life.

But as she dug into her values, Annie realized that freedom was about more than just escape.

It was also about the possibility for adventure and fun. And it was about the ability to make her own choices as she built her own family.

Your plan does not have to be as set in stone as you might think.

Ultimately, Annie decided that she wanted to have a more flexible schedule in order to focus on building and spending time with her family.

She explored what that would look like, and eventually decided to try out coaching.

She started coaching other lawyers as a side hustle while working at her law firm, and found out that she was good at it.

Working backwards, she and her husband made a lot of intentional choices to put a plan in place that would allow her to quit on the timeline that they had decided upon.

When Annie got pregnant with her first child, she chose not return to her firm after she delivered, and instead focused on building up her own coaching business.

She started working just one day a week after her maternity leave, and slowly over the years built it up to the point that she was working five days a week.

She didn’t know everything about how things would turn out when she decided to quit law—but she knew enough to set herself on the right path.

If you know you need a plan, but don’t know where to start, register for the next What’s Next Intensive. And if you’re ready to get help figuring out what you value and how to make a plan to get out, join us in the Former Lawyer Collaborative.

I help lawyers who are considering leaving law explore alternative careers and identify the next right step for them. I worked as a lawyer for 10 years, first as a Biglaw litigator (exited that as fast as I could!), then in legal publishing, and finally as an appellate court staff attorney.
More About Sarah

Grab your copy of First Steps to Leaving the Law – A free guide for when you want out, but you’re not even sure where to start. 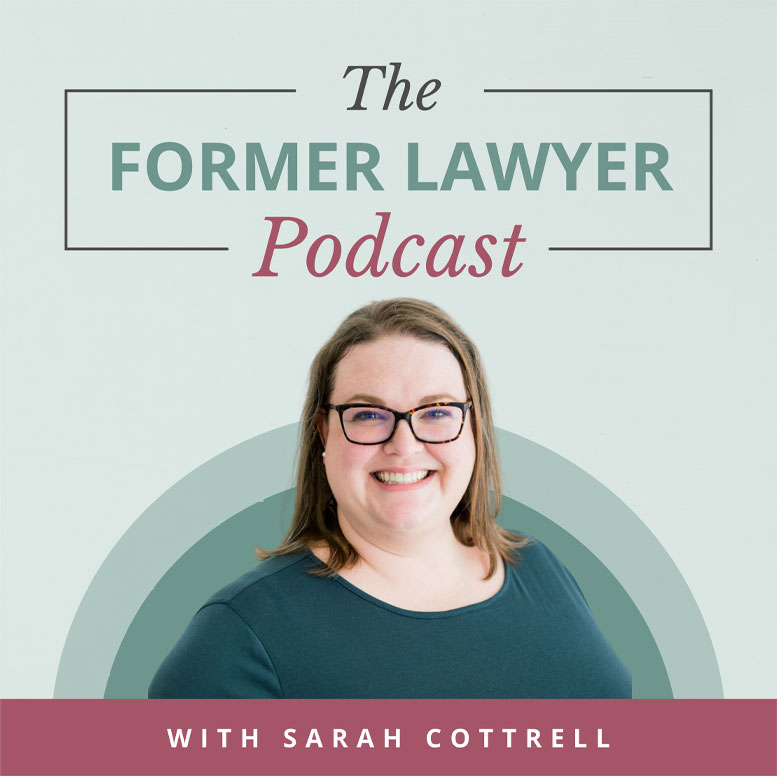